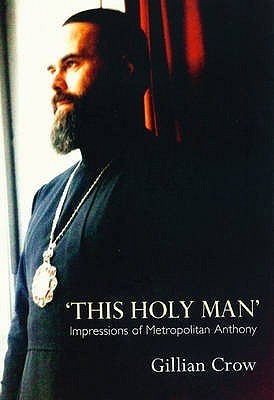 Please come this way if you missed the first part of my notes on this book.

There was a graphic image he sometimes used about sin. It was not only that the sinner had left God to go to a “far country”; sin, he said, was like a river that bordered the Kingdom of God. In sinning we crossed that river, to find ourselves on the opposite bank, cut off from the Kingdom. Whether the stretch of water was a mere trickle or a mighty ocean, depending on the enormity of our sins, we were still on the opposite shore. We had put a barrier between ourselves and God. The sacrament of confession carried us back across the river. It was a process of reintegration, of return to communion and wholeness. Again, he insisted on including himself by saying “we”. And he insisted on joy. What else could such a process entail?
p. 203

He would explain the significance of the words of the Jesus Prayer. “Mercy” in languages such as Slavonic was far broader and deeper than the English. The phrase “have mercy on me” could better be understood, he said, as: show me your tenderness, your loving-kindness, in whatever way it is needed. And the word “sinner” meant one who was separated from God, who had lost touch with Him, who was not so rooted in Him that God’s life was his life. He would point out that the original Greek was “the sinner”. “I am in my eyes the only sinner in the world; other people I cannot judge. But I know that I am the sinner whom Christ has come to save.”
p. 207

Christianity, he maintained, was not a world outlook but a way of relating to the Living God and of living accordingly. All Christians had repeatedly to ask themselves: is Christ the treasure of my life or not? Is the divine realm the goal of my journey? Is it my precious pearl for which I will sell everything — not only material goods or position in life but pride, laziness, indifference? There was no point in trying to be a Christian if God were seen merely as an ornament — or a troublemaker — in one’s life.

… Ascetic training had to begin in the heart rather than the emotions — not attachment to the “sweet baby Jesus or the poor Jesus on the cross” as he put it, but the nurturing of real, sacrificial love, and a hunger for God. A person enslaved by the world turned to God only in moments of suffering, trouble or fear. Christians should turn to him — and return after a fall — because He was their Savior.
p. 208

The words of prayer, like those of the Gospel, needed to be read and repeated until they were so deeply ingrained that a person began to live by them. “Unless we allow the word of God to become identical with us we will never go anywhere. This is where asceticism begins,” he would say.
p. 209

He reiterated the view found in Orthodoxy that all may be saved. Salvation was not dependent on the glib argument of the fundamentalists that only faith in Jesus Christ as one’s personal Savior mattered; it had been effected by Christ on the cross on behalf of all creation, and it was not for human beings to put limits on God’s will.
p. 223

PLEASE SHARE YOUR THOUGHTS ABOUT THESE NOTES
Which one talked to you the most? Why?
Have you read this book?
What did you think of it?
What’s your favorite book by Fr Anthony Bloom?

Thanks for stopping by and sharing your input or questions. I'll answer asap and visit your site if you have one Cancel reply

Myrtle Skete is a